Jewelry imbued with family traditions is extra special. So when a couple commissioned Kristen Baird of Savannah, Georgia, to make a ring for their daughter’s 16th birthday incorporating a French coin that has been in the family for generations, she eagerly accepted the challenge.

“Marie’s [the mom’s] father came into possession of several 20 Franc gold Napoleon III coins many years ago,” explains Baird. “He worked with a jeweler in France to have a ring made for himself. So impressed with the work, he then had one made for Marie, and later for her husband John. Marie and John wanted to give their daughter, Amelie, a family coin ring for her birthday to keep the tradition alive.”

Unable to travel to France to work with the same jeweler who made the original three coin rings, they sought out a local custom designer for the piece. The first challenge was one of proportions: how to make the 16 mm diameter coin into an elegant size 5.5 ring.

“I knew I would have to curve the coin and raise it up a bit so it wouldn’t be so wide, but I couldn’t raise it too high or it would get in the way, particularly since Amelie plays the violin,” says Baird. 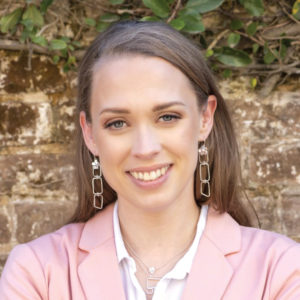