Christopher Taylor Timberlake, a fine art jeweler in Austin, Texas, had never heard of kintsugi until a client walked into his studio a few years ago and mentioned the art form as a possible source of inspiration for his wedding ring. As luck would have it, Timberlake’s assistant had a friend who is a Japanese-trained ceramicist. But as Timberlake learned more about the technique, he knew that trying to mimic it in metal might be a challenge, especially trying to produce realistic looking cracks in a genuinely random manner. 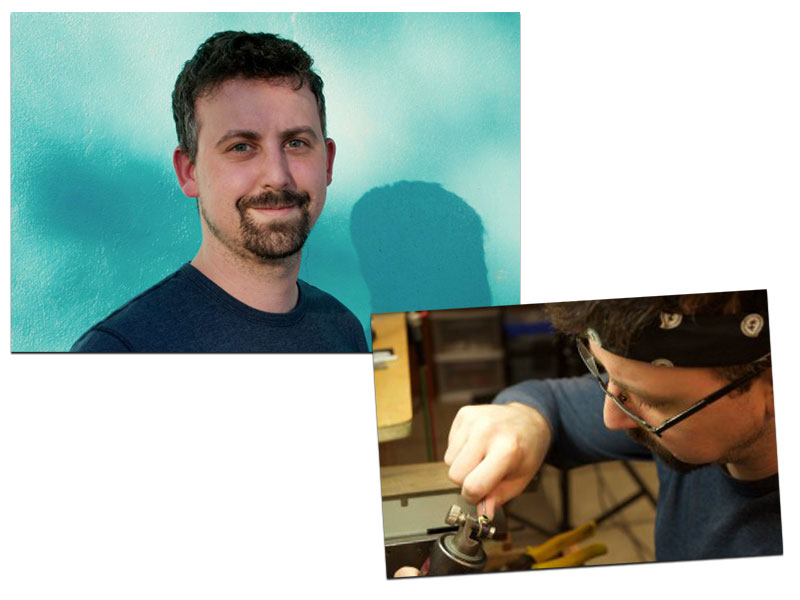 Taking some time to see if other jewelers were trying their hand at the technique, he was a bit dismayed with what he saw. “One of the key realizations I made when first looking into this project was that others had made jewelry to mimic kintsugi, but the cracks their designs employed were contrived and unrealistic,” he recalls, noting that the cracks were “too wide” and were more caricatures of cracks. Instead, he wanted to find actual metal that he could crack and then repair with gold.

He began experiments, testing out four metal options: titanium, stainless steel, a palladium-silver alloy, and nickel bronze. He put each metal through a series of stress tests to see if he could get them to crack. Experiments with each metal involved mechanical distress using a hydraulic press, cold forging, and applying as much stress as possible to effect natural looking cracks. Much like Goldilocks trying to find the perfect bed, Timberlake found that none of the metals was just right: The titanium and stainless steel resisted his best efforts to crack them, and the palladium silver cracked too straight. The nickel bronze cracked well, but Timberlake was leery of using the metal in a wedding band.