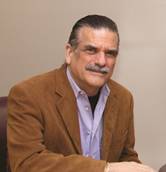 Alan Bell came on board as Rio Grande’s seventh employee in January 1971, when he was 20 years old. His father, Saul, had founded the jewelry supply store in downtown Albuquerque, New Mexico, in 1944, and it had developed into a true family affair: Alan’s brothers Hugh and Eddie were already working there. When they asked their younger brother if he could “hang out and help”—business was booming, thanks to the then-current craze for Southwest-style jewelry—Alan said sure.

Last month, after nearly 49 years of “helping out,” Alan Bell stepped down as president of Rio Grande. During his time there, Rio Grande had grown from a storefront, over-the-counter business to a global supplier and manufacturer of jewelry-making tools, equipment, and supplies. Alan is widely credited as a key force in that growth, propelling Rio’s game-changing entry into mail-order through catalogs, and being an early adopter of business practices—same-day shipping, e-commerce—long before they were commonplace.

He also oversaw the transition of Rio from a family-owned business to one of the premier brands of the Berkshire Hathaway­–owned Richline Group. And he did so while maintaining the company’s Principles—15 statements that together promote the honesty, respect, and “win-win” spirit that Saul Bell wanted his company to always exhibit.

He has often been lauded, but now Alan Bell can add one more accolade: MJSA has conferred upon him its Lifetime Achievement Award.

“It may be trite to say, but in Alan’s case it’s true: He proved you can do well by doing good,” says MJSA President/CEO David Cochran. “He’s a rock-solid leader. When he served as MJSA chair from 2006 through 2008, a time that saw a change of leadership at MJSA and the start of the Great Recession, his steadiness, integrity, and visionary outlook proved invaluable.”

“During stressful times, he’s always the calm person in the room who can make everyone feel we’ll get through this fine,” says his sister, Molly, who currently serves as Rio’s executive vice president. “He has a quiet leadership; his is never the loudest voice in the room, but with a gentle hand he achieves great results. People always feel so respected.”

Molly happens to be the company’s eighth employee—she joined a few months after Alan. Not long after that they experienced one of those stressful times: The collapse of the Southwest jewelry craze that hurt local businesses, including Rio. As she points, Alan’s calm leadership led to the company’s breakthough.

“Alan said, ‘How about printing catalogs,’” Molly remembers. “He picked out fonts, laid it all out on grid paper. We’d go to the library together and pore through all the phone books from across the country, looking for any company that looked like they might be interested in us.”

“If I were to pick one word to describe Alan, it would be visionary,” his brother Eddie says. “He had the foresight to see that the jewelry boom that we were enjoying might go bust and think of a way to reinvent our business. Not only that, he educated himself so that we could start catalog sales, and it wasn’t a moment too soon.”

For a while, Alan was Rio’s marketing department, but slowly he built a staff and provided guidance. “Alan was my mentor in learning all about the catalog and production process,” recalls Dawn Heath, a 36-year veteran of the company who now works as findings products manager. “He has always been the go-to person for so many of us, for whatever needs we had.”

“You could always go to Alan with a problem,” echoes Nora Kennedy, one of the company’s business coaches. “No matter how busy he was, he always had an open-door policy; he would make himself accessible, and he would listen. He would listen and listen, and know the exact right moment to ask a question or share information. The staff always appreciated that.”

“I can recall the marketing staff sporting t-shirts with the message, ‘We’ll be smarter when Alan gets back,’” recalls Kevin Whitmore, a Rio product manager who’s been with the company for 32 years. “Alan was a loved leader who helped us learn how to build smart catalogs. The catalogs grew and grew, and sales came along too.”

But, as many will recount, he never let sales get in the way of maintaining those Principles. “If you look at our principles, they emulate Alan,” Molly says. “Alan would always, without hesitating, quickly identify the right thing to do, even when doing the right thing cost the company money. That integrity was his north star.”

Rio’s CFO, Danny Cox, saw that integrity first-hand. He has worked for Rio for 25 years, and for 10 years prior to that served as the company’s outside accountant. From the beginning, Rio stood out.

“As an accountant you see moral character, and I was always impressed by the company’s ethics,” he says. “Saul always said that, as a jeweler, people are putting their trust in you, and you have do to everything to earn that trust. I always saw echoes of Saul in Alan—the way he thought about every side of a transaction, and would take the time to hear people’s issues. People felt appreciated.”

“Alan is a man of immense integrity and moral character, and that shines through in how we conduct our business every day,” says Arien Gessner, who succeeded Alan as president. “He fostered vigorous debate that ensured every voice was heard and all perspectives considered. When a decision was made, it was rare that anything or anyone was ever overlooked.

“It was only recently that I was able to spend time with Alan outside of Rio, engaging with the broader industry,” he adds. “In that time, I’ve been blown away by how universally admired he is by his peers. Walk down any aisle at any show in the world, and folks will be eagerly excusing themselves from conversation to come over and spend a few minutes with Alan. He and the rest of the Bell family have touched so many lives in meaningful ways.”

“My dad always told us, “If you give more than you take, civilization with move forward,’” Molly says. It’s a lofty goal, and to meet it is quite an achievement.